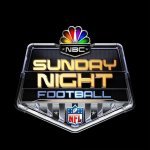 Fans attending “Sunday Night Football” will attempt to set the Guinness World Record for largest Halloween gathering when the last two Super Bowl champions – the Pittsburgh Steelers and New Orleans Saints – meet at the Louisiana Superdome this Sunday on Halloween night on NBC.

An official Guinness World Records® Adjudicator will be on site at the Superdome to validate the game as the world’s largest Halloween gathering, defined as a group of people in costume in one place.

Fans need to wear a costume in order to be counted toward the world record. In addition to participating in the quest for a Guinness World Record, fans wearing costumes can participate in the Saints Costume Contest and may appear on “Costume Cam” on NBCSports.com.

The Saints are hosting a Halloween costume contest in Champions Square outside the Superdome prior to the game. Winners will win Saints prizes, including merchandise and pregame field passes. For more information, click here: http://tinyurl.com/2fle2uh.

Sunday Night Football Extra, the live stream of every “Sunday Night Football” game featuring additional camera angles on NBCSports.com, will feature its first-ever “Costume Cam,” a camera on site in the Superdome that will capture fans demonstrating their Halloween spirit. For more information on SNF Extra, click here: http://nbcsports.msnbc.com/id/26393211.
Posted by Frank Macek at 5:44 PM