Congratulations to WKYC's Investigator Tom Meyer who is a finalist in the Ohio Associated Press Media Editors 2013 radio and TV contest.

The awards will be announced at the annual banquet May 18th in Columbus.
Posted by Frank Macek at 9:20 PM 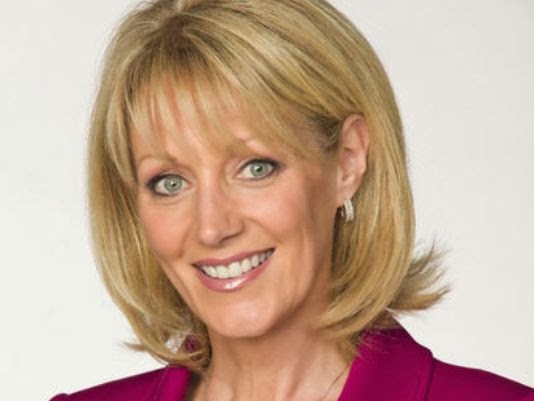 Special to the Director's Cut
from wkyc.com

Robin Swoboda has decided to leave WKYC-TV. Swoboda's last day on the 7 p.m. news will be Friday, February 28.

The announcement was released by President and General Manager of WKYC, Brooke Spectorsky, Tuesday afternoon.

Spectorsky said "It's exciting for her, but sad for us. Robin Swoboda has decided she'd like to do something new with her life."

She joined Channel 3 in March 2011. She and reporter Chris Tye were teamed as co-anchors of the 7 p.m. newscast. 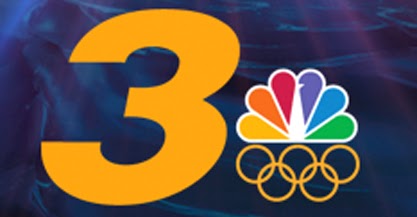 Starting Monday February 7, NBC's daytime coverage of the Winter Olympics in Sochi will cause us to shuffle daytime programming on Channel 3.

NBC's daily coverage of the games airs from 3 to 5pm every weekday until February 21 so here's what our daytime line-up will look like during the Olympics:

Unfortunately we will not be able to re-air missed episodes of Bethenny, The Doctors or Rachel Ray.

Live on Lakeside will go on hiatus until the Olympics have ended.

All shows will be back in their normal time slots on Monday February 24.
Posted by Frank Macek at 6:18 PM

Special to the Directors Cut
from wkyc.com

Del Donahoo was an integral part of the Channel 3 WKYC family from the day he walked through the door here on July 1, 1968.

Del celebrated his 90th birthday on Nov. 15, 2013, and he passed away Wednesday morning.

People throughout Northeast Ohio knew Del and, as WKYC's Tom Beres said today, "He was a kind, decent man."

He was an important part of the Channel 3 family. From 1981 to 1998, Del co-anchored the "Today in Cleveland Show" with Tom Haley. His wife, Martha, even became part of the show, with her now famous coffee and Tom's incessant criticism of it. Haley passed away March 16, 2009.

While at the University of Iowa, Del met his future bride, Martha, who was a student at Drake College. They were married in 1948. Martha passed away in October, 2006, and the couple had two children and four grandchildren.

Together in Del's Folkswagon, Del and Martha attended just about every parade, festival, county fair and community event in Northeast Ohio. He was most famous for his series "Del's Folks" and his Del's Folkswagon minibus was with him on most of his travels.

Del's Folkswagon was given to the Western Reserve Historical Society. After 39 years on the air, Del retired from Channel 3 on Jan. 20, 2007.

Del was born in 1923 on a farm in Moravia, Iowa, the youngest of three children. Del enrolled at the University of Iowa in 1943 where he cleaned furnaces for his room and did maintenance work for his board.

He got a job as chief announcer at WSUI, the school's 5000 watt radio station. His was one of the few paying jobs at the station. He received his liberal arts degree from the University of Iowa and began cultivating his on-air career.

From there he went to KBIZ in Ottumwa, Iowa, then WOW-TV in Omaha, then WDAF-TV in Kansas City.

Del was a positive man and this gave him the opportunity to spotlight positive aspects of other people and their life.

Del had visited countless restaurants and homes in Northeast Ohio while compiling a rich library of Del's Folk's and Del's Feasts. Many of the restaurants still proudly display the Del's Feast sticker on their window.

Today in Cleveland was more of a homey show rather than a news show. "The most popular member of the crew was Henry the Rooster," who got them started each day, and, of course everybody remembers Tom's little dance -- The Haley Shuffle.