As we prepare to wrap up 2011, the Director's Cut Blog would like to take a look back at some of the events here at Channel 3. The year was filled with plenty of changes, new faces, triumphs and goodbyes.

WKYC was once again the over the air television home of both the Cleveland Indians regular season and the Cleveland Browns preseason coverage. Although neither team lived up to expectations, the sports year was exciting with the uncertainly of a NFL and NBA lockout and down to the wire negotiations that saved both seasons.

The Ohio Lottery switched from WEWS to Channel 3 where the nightly drawings can now be seen right after the revamped edition of Channel 3 News @7 with anchors Chris Tye and Robin Swoboda who took over the show in March.

The station launched a new savings website called "Deal Chicken" where our viewers can save up to 90% off at local area restaurants and establishments. Unfortunately, our parent company Gannett also announced the end to our Moms Like Me.com and Metromix.com websites.

Our parent network NBC was officially taken over by Comcast in a merger than left long time leaders Jeff Zucker and Dick Ebersol without a role in the new company. NBC continued to struggle during the year with its primetime lineup that failed to impress many.

WKYC produced a local special for the hit television show, "The Voice," where talent from northern Ohio competed for a spot on our show. After narrowing our selections down to 10, these finalists competed for an all expense paid chance to audition for the national competition in Los Angeles. And, "Flash Mob" made its debut that focused on trends in social media and we aired a series of specials called "Cutting Edge" that focused on medical issues that mattered to our viewers.

We also learned that WKYC Sports Anchor Jim Donovan had been dealing with leukemia for the past 10 years and underwent a bone marrow transplant in June that kept him sidelined for several months. However, the voice of the Cleveland Browns was back in the booth for the regular season and is slowly recovering and resuming his anchoring duties on Channel 3 at 6, 7 & 11 PM. His story was a very personal one he openly shared with viewers and they responded with thousands of get well wishes and cards.

We said goodbye to some familar faces including WKYC evening anchor Romona Robinson, weekend anchor Jeff Maynor, meteorologist AJ Colby, and reporters Lynn Olzowy, Paul Thomas and Darrielle Snipes. And, we said farewell to Gannett CEO Craig Dubow who stepped down because of on-going health issues. Gracia Mortore took over the reigns of our company.

However, we also said hello to brand new faces including former CBS News Weekend anchor Russ Mitchell who will take over the 6 & 11 PM anchor desk and will serve as evening managing editor starting January 16th.

And behind the scenes, Brennan Donnellan joined WKYC News as Managing Editor of News & Digital Content.

And there were plenty of interesting news stories to cover from the Japanese earthquake and tsunami on March 11th to the Cuyahga County Corruption story and Anthony Sowell trial. All of these stories can be searched on wkyc.com

So, we say "so long" to 2011 and "hello" to 2012 at Channel 3 where it promises to be an exciting year with the Summer Olympics coming this summer from London and a presidential election that will captivate the nation in the weeks leading up to November.

Happy New Year and thanks for reading the Director's Cut Blog and connecting to Channel 3, wkyc.com and on Facebook and Twitter.
Posted by Frank Macek at 10:35 PM 1 comment:

Email ThisBlogThis!Share to TwitterShare to FacebookShare to Pinterest
Labels: directors cut blog look back at 2011

“I’ve thoroughly enjoyed my years at CBS and the challenges and excitement of a network role,” stated Mr. Mitchell, “but I've been offered a unique opportunity to help create the next generation of local news in a great place and have a key role in trying to make a difference in a wonderful community.”

“Russ’s breadth of experience and his passion for our industry and our local mission is unparalleled,” remarked President and General Manager Brooke Spectorsky. “2012 will be a pivotal year for Northeast Ohio with everything from major economic projects to a Presidential election. Russ will help position Channel 3 News to take an even greater leadership role as the trusted source of news and information in our region.”

“I’m a Midwestern guy. I’m used to hard work, I get the weather, and I can’t wait to settle my family in a community where local news can still make a difference,” said Mr. Mitchell. “Channel 3 has the courage and conviction to do the kind of news that goes beyond reporting ‘what is’ to foster a vision of ‘what could be.’ And I find that truly exciting.”

Mitchell was born in St. Louis and accepted his first television job at age 17 as a nighttime switchboard operator at KTVI-TV. “I thought I’d be doing that for a week, then anchoring a newscast,” joked Mr. Mitchell. “Folks set me straight.” He graduated from the University of Missouri, and began his professional career at KMBC in Kansas City. Larger markets and bigger stations soon followed, then a move to New York as the co-anchor of the overnight CBS News broadcast, Up to the Minute. In 1993 he was named a correspondent for Eye-to-Eye with Connie Chung. In 1995, Mitchell was assigned to the CBS Washington bureau. In July of 1997, Mitchell was named co-anchor of CBS News Saturday Morning and traveled extensively as a reporter for the CBS Evening News with Dan Rather and 48 Hours. He covered the war in Bosnia, went to the Democratic Republic of Congo and interviewed then President Laurent Kabila, reported from Cuba, India, Indonesia and The Marshall Islands.

Mr. Mitchell was on the anchor desk with Dan Rather on September 11, 2001 and reported from Ground Zero and other parts of Manhattan on the days and weeks that followed. Most recently, he anchored the live CBS Special Report coverage of the capture and death of Osama Bin Laden on May 1, 2011.

Perhaps not as well-known, but equally important to Mitchell is the 2007 Missouri Honor Medal. He received it for Distinguished Service in Journalism from The University of Missouri School of Journalism, his alma mater. He also returns there every summer to help with a journalism workshop for high school students, a workshop he attended in 1977.

Russ is married to Karina Mahtani-Mitchell, a freelance contributor of entertainment reports to CBS. Mrs. Mahtani-Mitchell was also a broadcast associate for CBS Newspath. She and Russ have four children. 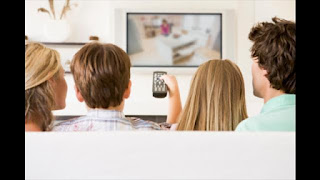 The Federal Communications Commission today is expected to pass regulations requiring broadcasters and cable and satellite TV systems to maintain constant volume levels. The order, which goes into effect one year from today, "says commercials must have the same average volume as the programs they accompany," says FCC Chairman Julius Genachowski.

Last year, President Obama signed into law a measure that Congress passed giving the FCC authority to address the problem. A Harris poll taken around that time found that 86% of people surveyed said TV commercials were louder than the shows themselves -- and, in many cases, much louder. "It is a problem that thousands of viewers have complained about, and we are doing something about it," Genachowski says.

While normal listening levels average about 70 decibels for a typical TV broadcast -- 60 is equivalent to a restaurant conversation; 80 to a garbage disposal -- levels on a TV channel can vary by as much as 20 decibels.

To comply with the new law, broadcasters can use audio processors to measure the loudness of a program over its entirety and adjust the volume of commercials accordingly, says Joe Snelson, vice president of the Society of Broadcast Engineers. He said the goal is to avoid an abrupt change in volume when a show goes to commercial break.

Some broadcasters and pay-TV providers already have begun implementing the Commercial Advertisement Loudness Mitigation Act (CALM). DirecTV spokesman Robert Mercer says the satellite provider is "ensuring that our commercial inserts are at the proper volume level and ... (we) are working with our programmers to be in compliance with the rules the FCC adopts."
Similarly, Cox Communications plans to make sure that local ads and commercials on national networks "are compliant," says Cox spokesman Todd Smith.

"Slowly but surely, consumers are going to get something they have been wanting," says David Butler of the Consumers Union.

"I never characterized this as saving the Union," says Rep. Anna Eshoo, D-Calif., the original sponsor of the bill. "But consumers have been asking for it. We may not have peace in the world, but we may have more peaceful homes."
Posted by Frank Macek at 4:05 PM 1 comment:

Gannett is ending its popular Metromix.com websites, including WKYC's, it is being announced today at the broadcast stations across the company.

WKYC launched Metromix.com (cleveland.metromix.com) in June 2008 as a hip, new website for socially active taste-makers and young professionals looking to be one-step ahead of Cleveland's latest trends and hotspots.

While Cleveland's site was creative and innovative, the other markets failed to ignite.

At this time, it appears the websites will continue their affilation with Gannett newspapers, but not the broadcast stations.
Posted by Frank Macek at 3:40 PM No comments:

Email ThisBlogThis!Share to TwitterShare to FacebookShare to Pinterest
Labels: metromix.com

Behind The Scenes: Rockefeller Tree Lighting on 11/30/11

There was plenty of holiday spirit in the air this week with the official lighting of the Rockefeller Center Christmas Tree.

We stopped by WNBC's party to get holiday wishes from folks ranging from Donald Trump to the casts of NBC’s "30 Rock" and "Smash".

Plus, hear everyone’s musical talent in their very own recital of “Deck the Halls”.

Posted by Frank Macek at 6:13 PM No comments: