Get ready to begin your weekend mornings a little earlier with more news and more weather updates on Channel 3 this fall as WKYC has announced it will greatly expand its Saturday and Sunday newscasts starting in September.

The rest of the Channel 3 daytime schedule will remain the same according to WKYC Station Manager Micki Byrnes.

NBC has already announced its fall lineup that will include the new shows "Bad Judge," "Constantine," "A to Z" and "The Mysteries of Laura."
---
Follow Frank Macek on Twitter @frankmacekwkyc

The announcement last week about the return of basketball superstar LeBron James to the Cleveland Cavaliers has generated plenty of buzz worldwide, to say the least. Friday's announcement is the biggest sports story for 2014.

Channel 3 News devoted non-stop, team coverage of the announcement from the time the story broke during our noon broadcast until the end of Channel 3 News at 6 p.m. After NBC Nightly News, WKYC also presented our viewers with another hour long special from 7 to 8 p.m. and expanded coverage on Channel 3 News at 11 p.m. that night.

National media from coast to coast contacted Channel 3 wanting interviews and insight from our news team of how important the impact will be on the city that just days earlier won the Republican National Convention in 2016.

Channel 3 News wall to wall coverage was carried by the NBC Newschannel for any affiliate who wished to air parts of our coverage live.

WKYC Sports Anchor Jim Donovan was featured on "NBC Nightly News with Brian Williams" after reporter Jenna Wolfe came to town for a story that aired in their newscast on Friday.

Then over the weekend, "Entertainment Tonight" interviewed WKYC's Sports Reporter Dave Chudowsky for his take on LeBron and how the two time NBA Finals champion would be received in Cleveland after his original "Decision" to head to the Miami Heat four years ago. That story aired Monday night during their show between 7:30 and 8 p.m. on Channel 3.

When the big stories break, our team of experienced reporters and anchors are the ones the national media turn to.

Because at Channel 3, we continually "See the Possible" in northeast Ohio.

Lai will join John Anderson on our morning show weekdays from 4:30 a.m. to 7 a.m., along with morning meteorologist Hollie Giangreco and team of reporters who start your day off right with the information you need to know.

WKYC News Director Brennan Donnellan tells the Director's Cut Blog that "we have searched far and wide for the right morning co-anchor to join that team. We believe the right person was here all along."

"Lai is competitive and passionate about winning. She’s a great reporter who is not afraid to ask tough questions. She also celebrates all the positive momentum building in Northeast Ohio. I always appreciate Lynna’s leadership and the morning show will definitely be better for it," Donnellan added.

Lai brings 18 years of broadcasting experience in major markets across the country to the job. Her aggressive career pursuits began as a reporter at WMBD-TV in Peoria, Ill., which was quickly followed by a stint at KGW-TV in Portland, Ore. In 1994, she became the first Asian-American television reporter in Cleveland, but left to pursue anchoring and reporting jobs at WTSP-TV in Tampa, Fla. and WSB-TV in Atlanta, Ga. She has also served as a freelance correspondent for ABC News and the BBC. Lynna returned to Cleveland television in 2001 as an anchor for WOIO-TV.

Recognized for her energetic personality and storytelling abilities, Lai has received two Associated Press awards for Best News Writing and Feature Reporting. In 2004, she won an Emmy for Best Spot News Reporting.

Lai was born in Chicago and grew up in Louisiana before her family moved to Northeast Ohio. She is a graduate of Louisiana State University, where she was the recipient of the LSU Honor Scholarship and a National Merit Scholarship Award. But home is where the heart is and Lai has called Northeast Ohio home since her parents moved to the area when she was a college freshman.

Lai will start her new duties on Monday, July 28th. No word on who will replace Lai on the weekend evening newscasts with co-anchor Chris Tye.

It's time for another "behind the scenes" look at what's happening inside the WKYC Digital Broadcast Center. It's been far too long since we had our last update, so let's get you caught up on something currently happening. 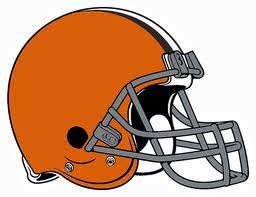 July is already upon us and we are getting ready for another season of Cleveland Browns football that kicks off on your official television home of Cleveland Browns. We'll kick off our fall coverage on Thursday, July 24, with our "Browns Training Camp" special at 7 p.m. with WKYC's Jim Donovan and radio voice of the Cleveland Browns who will be live in Berea for this year's training camp.

Then we turn the page to August and preseason football action. Once again this year, Channel 3 will air all four of the Cleveland Browns preseason games. Our first game is Saturday, August 9th, at 7:30 p.m. at the Detroit Lions live from Ford Field. August 18th's game against Washington is an ESPN produced game, but will also be carried by WKYC. The last two preseason games will be at the newly renovated FirstEnergy Stadium on Saturday, August 23rd, against the St. Louis Rams and on Thursday, August 28th, against the Chicago Bears at 8 p.m. WKYC's "Pregame Huddle" will air prior to the start of the games with Jim Donovan and veteran commentator Solomon Wilcots in the booth this year. Once again this year, our coverage will be produced by Jeff Yakawiak and director Allen Wohl.

Then starting with the regular season, WKYC will bring you expanded coverage with "Browns Pregame Huddle" every Sunday morning at 11:30 a.m. and "Browns Tonight" following Channel 3 News at 11 p.m. on Sunday nights.

John Fanady has joined our engineering team. He has over 25 years of experience ranging from remote sports and production, to systems installation and repair. He'll be busy working with our team of engineers to keep us at the forefront of new technology.

And, we mentioned earlier on the Director's Cut Blog that Wale' Aliyu is joining WKYC as a multimedia journalist. He comes to us from Dayton and will begin in August.


Congratulations are also in store for long time engineer John Kubankin on his recent retirement from the WKYC family. John has also been highly involved in the National Association of Broadcast Employees and Technicians (NABET), Local Chapter 42.

Probably the biggest news we have to report is a major change coming to the Channel 3 control room as it has been announced that Gannett Broadcasting is installing the Sony ELC control room automation system that will go on-line at WKYC early next year.

This system is currently being installed company wide in stages at all our television broadcast facilities. This will include a complete rebuild of our main control room with a new switcher and computers that will basically allow our Directors to run entire newscasts and productions as a solo operation. The computers will control the video production switcher and audio that will follow video and graphics. We'll have more on this later in the 2014.

That's it for now. Enjoy summer before it's gone!