Correction: We are reposting our Cleveland DMA Sweeps Dates after an error was made in the original document sent to us from Nielsen. July sweeps actually begin on Thursday, June 30th and not June 29th.

Many of our readers have expressed interest in ratings periods and when they occur in 2011.

Most joke with us this is when you see the most sensational news stories on the air - and many times you are right.

However, it is also a time when more time and effort are put into the stories that air, giving our audience an in-depth look at stories that don't get as much airtime regularly.

Since Local People Meters were introduced locally in August 2008, television stations in our market (Cleveland, Akron & Canton) are now rated 12 months a year.

You can print out a full schedule of sweeps dates for 2011 by clicking on the picture above or the button below:

Another year has flown past and our friends at the National Association of Television Arts and Sciences, Lower Great Lakes Chapter, asks us to remind you it is ready to accept your submission for the broadcast year of 2010.

A couple of changes for this year's submission.

First is the cost of entering with the new fee structure:

For more information, visit NATAS at http://www.nataslgl.org/
Posted by Frank Macek at 7:55 PM No comments: 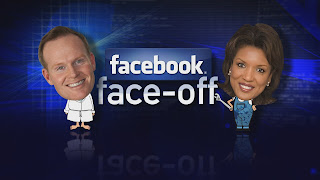 From breaking stories and weather updates, to our goofy newsroom antics, we like to stay connected.

And, we want some more friends to share the fun with ...and there's something in it for you!

If we get 25,000 friends, our Mark Nolan must head to the beauty shop with me! He'll have enter the "pink" Diva room...for a mani-pedi!

And if we get 30,000 friends, Romona will strap-on a tool belt and become a mechanic on Mark's Franken-truck!

To friend WKYC, click on our Facebook page @ http://www.facebook.com/WKYC.Channel3
Posted by Frank Macek at 5:53 PM No comments:

﻿Friday will be a sad day around the WKYC Digital Broadcast Center as longtime photojournalist, Larry Baker, caps his lens for the final time as a Channel 3 employee and heads into retirement.

Like most videographers, you see their work everyday but rarely see them on camera or know anything about them. However, everyone in Akron seemed to know Larry Baker. Larry is the last our full-time crews assigned to Akron who will be greatly missed.

Beacon Journal columnist Bob Dyer did an excellent article on Larry Thursday that truly captures the story of Larry's career better than I ever could.

Here is the video from his final day at WKYC. Click to watch:

Posted by Frank Macek at 5:40 PM No comments: 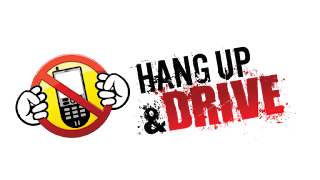 At WKYC and Channel 3 News, we are launching a new effort to help keep us all safe. We are challenging all motorists to "Hang up and Drive".

Many cities have laws that ban texting and talking on your phone while driving. But some drivers feel they won't get caught --and feel they won't be the ones involved in an accident.

Before you head on out the road, take the pledge to "Hang Up and Drive"

Look for exclusive reports coming up on Channel 3 News over the next several months about one of the growing dangers we all face on the highway and how YOU can be part of the solution.
Posted by Frank Macek at 8:33 PM 1 comment:

Email ThisBlogThis!Share to TwitterShare to FacebookShare to Pinterest
Labels: wkyc hang up and drive campaign

News from WKYC's parent company on this Monday.

Saleh reports to Martore who was promoted to president and COO earlier this year and served as Gannett's CFO since 2002.

"We are extremely pleased to have Paul join Gannett. He brings tremendous experience and an excellent track record leading the financial organizations of some outstanding companies," Martore said. "Paul will be a great partner with the senior management team as we continue to transform Gannett as a leading media and marketing solutions company."

"As Gannett's CFO for the last eight years, Gracia has been a great partner to me and has done first rate work leading our financial organization during an extraordinary time," said Craig Dubow, chairman and chief executive officer. "Gracia has built a world-class financial organization and I am delighted to have Paul join our team as our new CFO."

Saleh joins Gannett from Menza Partners LLC where he was managing partner. Saleh launched Menza Partners after he left Sprint Nextel Corporation where he was CFO from 2005 to 2008. Prior to the merger between Sprint and Nextel Communications Inc., he was executive vice president and CFO of Nextel from 2001 to 2005.

Previously, Saleh was senior vice president and CFO of Walt Disney International where he held other senior financial positions since 1997. Before joining Walt Disney, Saleh was with Honeywell Inc. for 12 years where he was vice president and treasurer from 1994 to 1997 and held other various leadership positions in finance, treasury, investor relations, strategic planning and operations.

NBC Looks For More Laughs, Ratings on Thursday In Revamp

NBC will reshape Thursday into all-comedy night and move its two "Law & Order" dramas as part of a midseason shake-up.

The network is shifting "30 Rock" and the freshman series "Outsourced" to the final hour of prime time starting Jan. 20.

The rest of the night's lineup, starting at 8 p.m. ET, will include "Community," newcomer "Perfect Couples," "The Office" and returning series "Parks and Recreation."

"We were looking to add more comedy to our schedule and we believe the best way to do so is to expand our already successful Thursday night," NBC scheduling chief Mitch Metcalf said in a statement Monday.

The novel approach of comedy in a spot traditionally held by dramas could help fight a 10 p.m. ratings weakness that has beset the major broadcast networks this season. Some of the blame goes to viewers' increasing use of the time slot to catch up with DVR-captured programs from earlier in the evening.

Besides beefing up NBC's comedy quotient, the revamped schedule provides original programming through the rest of the season with new and returning series, Metcalf said.

Broadcast networks used to rely on series reruns to pad out the season, but that gave cable and other media alternatives the chance to steal away viewers.

So the networks have turned to bringing in more new shows or giving returning series a midseason start. For NBC, that means the midseason returns of "The Biggest Loser: Couples," "Minute to Win It," "The Marriage Ref," "Who Do You Think You Are?" and "The Celebrity Apprentice," as well as "Parks and Recreation."

Besides the relationship sitcom "Perfect Couples" and "Harry's Law," NBC's new midseason entries are the drama series "The Cape" and the reality show "America's Next Great Restaurant."

--
Source: The Associated Press
Posted by Frank Macek at 7:45 PM No comments:

NEW YORK - Gene Shalit has panned or praised his last movie for the "Today" show.

The critic who's known for his bushy hair and mustache said Tuesday that he's leaving the show where he's reviewed movies for 40 years. The last time his "Critic's Corner" appeared on themorning show was in May, when he reviewed "Shrek Forever After."

The "Today" show said it would air a salute to the 84-year-old Shalit on Thursday. Executive Producer Jim Bell says 40 years on the same show is "a feat unlikely to ever be matched."

In a news release, Shalit says he wasn't retiring, and that he'll do work on the Internet and in commercials.

---
Source: The Associated Press
Posted by Frank Macek at 8:41 PM No comments:

Matt comes to WKYC from Gannett sister station WGRZ in Buffalo where he has beeen a morning show co-producer and multimedia journalist who loves to help viewers find ways to save money.

The Director's Cut Blog has learned he knows everything there is know about Black Friday deals!

Matt will continue in the same capacity at WKYC as he did in Buffalo for Channel 3 News Today, weekdays between 5 am and 7 am, where his reports can already been seen in the morning.

He is originally from Toronto, Canada, but has been working the United States for a number of years including in Buffalo and the chilly tundra of Fargo, North Dakota. He has also worked as a Washington D.C. correspondent for a CBS affilate station in Vermont and an NPR affiliate station on Long Island.

Matt also has a Master's Degree in Broadcast Journalism from Medill at Northwestern University and an Honors B.A. from the University of Toronto.

Welcome Matt to our WKYC family.
Posted by Frank Macek at 8:19 PM No comments: