Wadsworth comes to the WKYC from WMAR-TV/Baltimore, the Scripps owned station, where he helped create a digital-first newsroom, driving content and working on digital media strategy and served in a number of important roles over the past 12 years including News Producer, Executive News Producer and Director of New Media, most recently.

"We were determined to find a leader in digital news, someone who can help guide our overall editorial direction while making our social media, mobile and online channels top priorities, " said Donnellan explaining WKYC's committment to information distribution on all platforms.

Before WMAR, Wadsworth worked for the Sinclair Broadcast Group, Fox Rochester and WBNG/TV in Binghamton, New York as a news producer.

He has a graduate of the State University of New York, Oneonta, and is married with two children and is looking forward to calling northeast Ohio home beginning next month.

Posted by Frank Macek at 5:18 PM No comments:

Channel 3 received a big honor on Tuesday, March 26th, as the station was presented with the "Friends of Education Award" from the Cleveland Metropolitan School district at Glenville High School. Channel 3's Rita Andolsen, Director Advocacy & Community Initiatives, accepted the award honoring all of the station's efforts to inform voters about the Issue 107 school levy that voters passed overwhelmingly back in November. 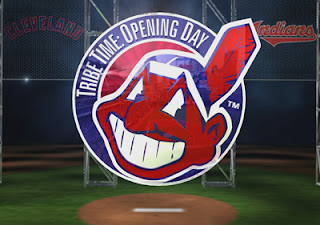 Our Indians Opening Day coverage is all set and Channel 3 will be the place to be on Tuesday, April 8th, as the Indians welcome the New York Yankees to Progressive Field. Our live coverage will begin with a live 2 hour special called "Tribe Time: Opening Day" at 1 p.m. with Russ Mitchell, Kris Pickel and the entire Channel 3 team. Then at 3 p.m,  our "Indians Live" pregame show hits the air followed by the game as the Tribe takes on the Yankees. Catch all the action, all afternoon long on WKYC-TV.

Channel 3 will present a special one hour broadcast on Thursday, April 18th, from 7 p.m. until 8 p.m. called "Heroin: Old Drug, New Epidemic." The show will feature WKYC Senior Health Reporter Monica Robins and examines how heroin and other opiate abuse and overdose has reached epidemic proportions throughout Northeast Ohio - now affecting all ages and all socio-economic groups. Dd you know, more people die from drug related overdoses in Ohio than car accidents. On average, that's 4 lives lost per day due to drugs. Monica will have interviews with medical experts, law enforcement officers, addicts and their families who offer insights into the epidemic that often ends badly for users either with jailtime or death.


Finally, our WKYC team is saying goodbye to a longtime reporter/fill-in anchor at Channel 3 News. Dave Summers has decided to start a new chapter in his career and is joining the team at KNSD-TV/NBC7 in San Diego, California. We are certain that Dave will enjoy warmer weather and be able to get a natural tan. Summers has been with WKYC for nearly 13 years and has been breaking stories and providing excellent coverage of Northeast Ohio. His last day at the station is this Friday, March 30th. We wish him all the best.
Happy Easter from the Director's Cut Blog!
Posted by Frank Macek at 10:23 PM No comments:

Before moving back to Pittsburgh, she was a reporter at WSYX-TV in Columbus where we researched, shot, wrote, edited and reported live for the 5, 6, 10 and 11 p.m. newscasts; an anchor reporter at WMBF-TV in Myrtle Beach, South Carolina; and a production assistant for ESPN in Bristol, Connecticut.

Ross is a graduate of Howard University.

Look for A.J. on various editions of Channel 3 News.

Posted by Frank Macek at 8:09 PM No comments:

I need friends! Lots and lots of friends!

Posted by Frank Macek at 6:16 PM No comments: 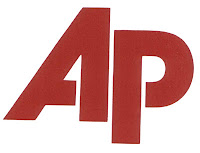 WKYC is been announced as a finalist in the 2012 Ohio Associated Press Media Editors contest in the following categories: 1) Best Breaking News Coverage for "Chardon School Shootings", 2) Best Use of Photography for "Autistic Artist" by Lynn Olszowy and 3) Best Reporter - Tom Meyer. The winners will be announced at the annual OAPME convention on May 19th in Columbus.

We are happy to welcome Danielle Sills to WKYC as producer of the weekend editions of Channel 3 News at 6 and 11 PM with John Anderson and Lynna Lai. Danielle was most recently a producer at WRDB, the Fox affiliate in Louisville, Kentucky. Danielle is from the Cleveland area and is a graduate of Ohio University.

At the same time, current weekend producer Julie Ocepek moves to the evening Assignment  Editor position. She will take over the position held by Dani Fink who will killed in a car accident in January. Julie will help guide the newsroom's editorial process and coordinate crews in the field. 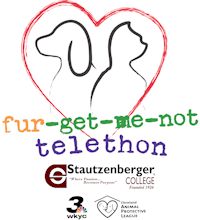 This Friday, Channel 3 will be part of the APL Pet Telethon called "Fur-Get-Me-Not". The telethon will unite the community and inspire viewers to put their compassion in action to give help, hope and a second chance at life to homeless animals.

This 15-hour event will showcase the diverse and meaningful work the APL does to rescue, heal, nurture, adopt and advocate for animals in need. Tune in to WKYC on Friday, March 8 from 5:00 a.m. to 7:30 p.m. All funds raised will benefit the Cleveland APL. To donate, go to http://bit.ly/YNS0O9

Posted by Frank Macek at 5:07 PM No comments: