Lynna Lai has found a new station to call home in Cleveland as she is joining Channel 3 News, anchoring the weekend evening newscasts and reporting on weeknights.

“I’m excited to join a news team which shares a passion for journalism, and being personally engaged in gathering the news,” says Lai. “Sometimes, anchors are perceived as being out of touch with the community, for never setting foot outside the station. But Channel 3 is committed to hiring anchors who are reporters first, so I think this is a great fit."

“Lynna brings a wealth of experience to the table and will be a great asset to our news team”, said News Director Rita Andolsen. “She has strong anchoring and reporting skills and is passionate about telling the stories of our community”.

Lynna brings 18 years of broadcasting experience in major markets across the country to the job. Her aggressive career pursuits began as a reporter at WMBD-TV in Peoria, Ill., which was quickly followed by a stint at KGW-TV in Portland, Ore. In 1994, she became the first Asian-American television reporter in Cleveland, but left to pursue anchoring and reporting jobs at WTSP-TV in Tampa, Fla. and WSB-TV in Atlanta, Ga. She has also served as a freelance correspondent for ABC News and the BBC. Lynna returned to Cleveland television in 2001 as an anchor for WOIO-TV.

Recognized for her energetic personality and storytelling abilities, Lynna has received two Associated Press awards for Best News Writing and Feature Reporting. In 2004, she won an Emmy for Best Spot News Reporting.

Lynna was born in Chicago and grew up in Louisiana before her family moved to Northeast Ohio. She is a graduate of Louisiana State University, where she was the recipient of the LSU Honor Scholarship and a National Merit Scholarship Award. But home is where the heart is and Lynna has called Northeast Ohio home since her parents moved to the area when she was a college freshman.

"No one is happier than my parents, who are absolutely giddy that their granddaughters are staying in town."

We have received many emails about Eric Mansfield leaving Channel 3. While we are not at liberty to really discuss it on the blog, we can confirm that Eric will be leaving WKYC on May 31st to take a job with Kent State University. After working with Eric for 18 years, we'll definitely miss him and his unmatched knowledge and committment to the Akron area. However, we are excited for Eric and his family to be taking on this new opportunity and wish the Mansfields all the best.

Our annual "Tribe Time Opening Day" special will air on Thursday, April 5th from 1 p.m. until 2:30 p.m. as we kick off the 2012 Major League Baseball season. Look for complete coverage from the entire WKYC team both on-air and on-line at wkyc.com leading up to "Indians On Deck" at 2:30 p.m. and the Tribe welcoming the Toronto Blue Jays to Progressive Field for a 3:05 p.m. first pitch. The game will be seen on Channel 3 in high definition, along with 19 other games this season. All games will air on Sportstime Ohio.

Also, coming up on Friday, April 13th, Channel 3 News will present a one hour special leading up to this year's Induction Ceremonies being held in Cleveland on Saturday, April 14th. The special will air live from 7 - 8 p.m. and will be produced by Caitlin Kollar and directed by Frank Macek.

Posted by Frank Macek at 4:43 PM No comments: Links to this post

Email ThisBlogThis!Share to TwitterShare to FacebookShare to Pinterest
Labels: notes from the newsroom for 3/23/12

Channel 3 News Adds "The Rundown" To All Newscasts

As part of an initiative by WKYC's parent company, Gannett, our broadcast stations are now implementing the use of "The Rundown" in all our newscasts that we began today, March 20th. Our morning newscasts have been experimenting with the new information system for the past several weeks.

The rundown is meant to give viewers a sneak peak ahead at what's coming up in our broadcast so they can be ready to pay more attention to the stories that matter most to them.

Also, we implemented the use of story titles at the bottom of the screen several months ago to give us the ability to provide more information about the stories we cover.

You'll see our new rundown feature on the right hand side of the screen. However, this will only be viewable for those who watch us on a 16x9 aspect ratio television. Those still watching in the 4x3 aspect ratio will not see any change.

If you not seen it yet, check out of the picture below as We Keep You Connected at Channel 3 News. 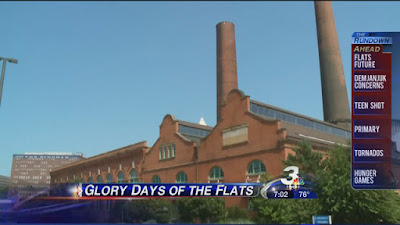 Posted by Frank Macek at 8:36 PM 5 comments: Links to this post

Our dear friend and WKYC Assistant News Director Howard Fencl has revealed his plans to leave Channel 3 to become a Vice President at Hennes Paynter, a crisis communications firm.

Since September 4, 2007, Howard has been an instrumental part of Channel 3's daily committment to local news and our social media efforts.

Howard is no stranger to WKYC, as this was his fourth tour at Channel 3. His last duties were in 1991 as an Executive Producer.

Before coming back in 2007, Howard was a Vice President at Edward Howard here in Cleveland. Prior to that he owned his own video production company, was part owner in an internet service provider when the internet first got up and running, and also has worked as an Executive Producer at WEWS in Cleveland and WBNS in Columbus.

Born and raised in Cleveland, Howard and his wife Sue and their children live in Rocky River. He graduated from Denison University and has a Master's degree from Hiram College.

His last day at WKYC will be March 23rd. Please wish Howard well at hfencl@wkyc.com
Posted by Frank Macek at 8:36 PM No comments: Links to this post 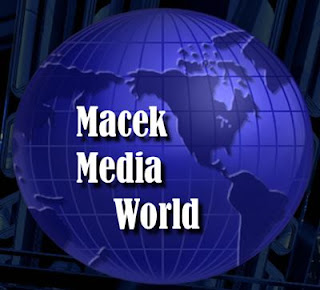 I am happy to announce the introduction of "Macek Media World" as a new, independent project that will cover northeast Ohio media news.

Instead of using blogger as the forum for this new project, I will be using the more popular Facebook platform which many of you are already using.

"Macek Media World" will feature news and tidbits on what is happening in northeast Ohio media including radio, television, cable, social media and from both past and current media talent.

I will not report gossip, but only tidbits that people send us or I find on-line. The project WILL not be a gossip forum, nor will it be a project of WKYC.

You can find the new page at: http://www.facebook.com/Macek.Media.World.

I will continue to run the Director's Cut Blog as usual with an unmatched "behind the scenes" look at what goes on inside the WKYC Digital Broadcast Center as the project is now in its 5th year online.

If you have any news or tidbits, you can email them to: macekmediaworld@gmail.com
Posted by Frank Macek at 10:15 PM No comments:

WKYC To Help Raise $2500 For The Cleveland APL

Love animals?  Then please get your friends to "like" our page at http://www.facebook.com/WKYC.Channel3

Watch the video for more details.

Posted by Frank Macek at 5:00 PM No comments: Links to this post

“I am pleased to announce that reporter and anchor Kris Pickel will be joining the WKYC news team in early April,” announced Brooke Spectorsky, President and General Manager of Channel 3. “She will co-anchor our 6pm and 11pm newscasts with Russ Mitchell.”

Currently the weekend 5 and 10pm anchor at KOVR in Sacramento, California, Pickel is the recipient of several prestigious awards in broadcast journalism including an Edward R. Murrow, Associated Press and multiple Emmys for reporting.

“As the breaking news leader in the market, it was imperative that we chose a co-anchor for Russ who had a similar depth of reporting skills,’ stated News Director Rita Andolsen. “Kris is a skilled and tenacious journalist who is as strong in the field as she is on the anchor desk.”

Pickel is a Sacramento native who began her career as an editor at KCRA in Sacramento followed by anchoring, reporting and producing in Grand Junction, Reno and Tucson. As the main anchor in Tucson for nearly a decade, Pickel was extremely active in community events. She was the honorary co-chair for the Southern Arizona Chapter of Go Red for Women and made it a priority to be involved in a wide scope of activities motivating students.

“I'm very excited about joining Russ Mitchell. How often is a team created that combines twenty years of national experience with twenty years of local? I know we'll enhance each other strengths, and I really look forward to enjoying the quality of life that Northeast Ohio offers. Cleveland is a terrific TV news market, and WKYC is a station that sets the bar high. I know that Russ and I will have a chance to do some remarkable things.”

Pickel is married to award-winning videographer Carl Lemon. They are the proud parents of two boys, Clark and Bruce.
Posted by Frank Macek at 2:05 PM 1 comment: Links to this post 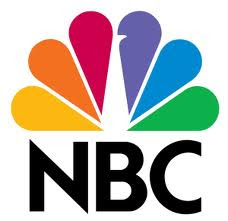 Paced by the combination of NBC Sports' February 5 coverage of the Super Bowl and primetime's #1 series for the month, "The Voice," NBC has won the February 2012 Nielsen Sweep in the key demographic of adults 18-49 and ranks #1 or tied for #1 in all other key demographics.

February sweep figures are "most current" averages of "live plus seven day" data except for the two most recent weeks, which are "live plus same day."
Posted by Frank Macek at 5:18 PM No comments: Links to this post