McLEAN, VA – Gannett Co., Inc. (parent company of WKYC-TV) announced today that it has completed its previously announced acquisition of Belo Corp. for $13.75 per share in cash, in addition to the assumption of $715 million of outstanding debt, for a total transaction value of $2.2 billion.

The combination with Belo nearly doubles Gannett’s broadcast portfolio and creates the largest independent station group of major network affiliates in the top 25 markets, including stations to be serviced by Gannett under shared services and similar arrangements. Gannett now reaches approximately one-third of all television households in America. It also significantly expands the company’s geographic reach and revenue diversity. Gannett will become the #1 CBS affiliate group, the #4 ABC affiliate group, and will expand its already #1 NBC affiliate group position.

Gracia Martore, President and Chief Executive Officer of Gannett, said, “We are thrilled to combine these two storied media companies, both of which are known for award-winning journalism, operational excellence and strong brand leadership.

The completion of this transaction marks a significant milestone in Gannett’s ongoing transformation into a higher-margin and more highly diversified company in the rapidly evolving media business.”

It's time for another "behind the scenes" look at what's happening inside the WKYC Digital Broadcast Center as we get ready to wrap up 2013. 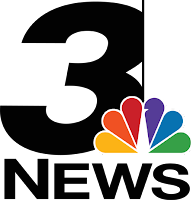 According to WKYC President/General Manager Brooke Spectorsky, "While we were extremely fortunate to have Dr. Phil land the Michelle Knight interview, our numbers even without those nights still won the time period. Other top rated stories included an expose of local doctors and medical professionals who had been suspended and/or stripped of their licenses and an investigation into tanker cars carrying toxic chemicals through local neighborhoods."

Under the leadership of WKYC News Director Brennan Donnellan, Channel 3 News is putting a strong emphasis on investigative and enterprise reporting which viewers have responded positively.

Technically, we have been very busy installing a new Miranda graphics system which is now on the air. And, our enginering team led by Jim Miller has spent the last few weeks rebuilding portions of both the Channel 3 News and Fox SportsTime Ohio main control rooms. For the time time, we'll now have multi-viewer monitoring that will allow us to better manage all feeds coming into the control rooms in full color. (No more black and white CRT monitors.)

Our social media platforms continue to be an important outlet for us to reach you in the community. Recently, our WKYC Facebook page surpassed 100,000 likes while our main WKYC Twitter account passted 30,000 follower mark.

WKYC's Chris Tye will be returning to the anchor desk as co-anchor of the weekend editions of Channel 3 News at 6 & 11 PM with Lynna Lai, Bruce Kalinowski and Dave Chudowsky beginning in early January. Chris will continue to report for our evening newscasts three days per week.

We have a few new faces around the building to share with you. Julie Flynn has joined Channel 3 News at 11 p.m. as Executive Producer, replacing Jennifer Nickels who moved to Louisville, Kentucky. Julie spent more than a decade at WEWS-TV/5 in various roles, most recently as their 11 p.m. producer. Julie will work with me and producer Grant deBruin to continue building Channel 3 News at 11 pm into a consistent ratings winner as we enter 2014.

Also (re)joining our WKYC family is Dave Pincura. He is now the WKYC Business Manager, replacing Larry Giele who left earlier in the year for Dallas. Pincura was mostly recently Vice President and Chief Financial Officer for Fox SportsTime Ohio.

And, congratulations to WKYC Multimedia Journalist Jason Nguyen who is moving to Salt Lake city where he accepted a reporter position there and plans to spend plenty of time on the slopes this winter.

Don't forget the Sochi 2014 Winter Olympics are just 59 days away. Complete coverage of the games will be on WKYC and wkyc.com with our team of reporters heading to Sochi to bring you not only the international flavor of the games, but also the many local angles of our athletics as well. You'll also enjoy our local "Olympic Zone" show every night leading into prime time coverage of the games. 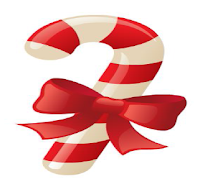 WKYC will once again present special programming during the Christmas holiday.

Here is a list of what will air on Christmas Eve and Christmas Day on Channel 3. Please note, all programming is subject to change. 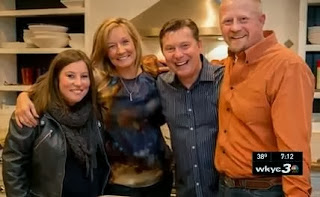 WKYC Sports Anchor and radio voice of the Cleveland Browns, Jim Donovan, spent this Thanksgiving with his family.

And, that family got a little bit bigger this year.

This weekend, Jim got to say thanks in person for the first time to the man who saved his life — his bone marrow donor.

Click to watch this heartwarming story of a new connection...a new bond for life.