Email ThisBlogThis!Share to TwitterShare to FacebookShare to Pinterest
Labels: dick russ, new channel 3 look, news and notes from the newsroom, will ujek

How To Adjust Your TV For Channel 3's New Graphics 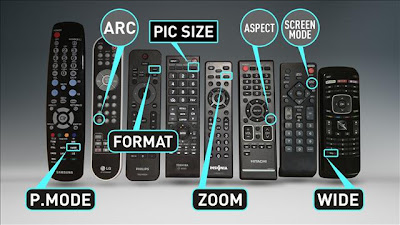 Can't see all the type on your TV set? Here's how to see the full on-screen graphics.

This week, WKYC launched a brand new on-air look for Channel 3 News. One of the exciting new features of this new graphics package is that we are now utilizing the full 16:9 widescreen space available to give viewers more information about the stories they are watching.

For some viewers, this new design may look like their TV set is cutting off some of the words on the screen. On our old graphics, much of the content was protected for viewers who were still center-cutting their picture. For example, they may have not seen the rundown at all.

While we have been broadcasting in Letter-boxed (widescreen 16:9) for some time, there may be viewers who have their TVs set to the wrong aspect ratio. With the new graphics package, having their TV in the wrong aspect will be much more obvious on the new graphics as large amounts of text and information will be cut off. In the vast majority of cases this is simply a matter of switching their TV to the correct format.

If you are experiencing this problem, please refer to the picture included with this story.  It showcases many common remotes and the button you would need to push to make sure your TV is properly formatted for our new look.

There is also a possibility that your cable or satellite provider is not providing you our signal in a 16:9 letterbox format, which is how we are distributing it to them.

If this is the case or you are having problems with your remote, please email us with the information listed below and we will get back to you as soon as possible to help you find a solution.

-City and Area
-Service Provider (IE: Over the air antenna, Comcast Cable, etc)?
-Make and (if possible) Model of TV?
-New HDTV or older 4:3 Tube TV?
-SD or HD?
-If possible, a picture of what you are seeing on their TV.
-Contact info if the wish to give it out.
Posted by Frank Macek at 12:58 AM No comments:

Email ThisBlogThis!Share to TwitterShare to FacebookShare to Pinterest
Labels: how to adjust your tv for channel 3's new graphics

Her car struck a tree and she was found just after 8:30 Sunday morning.

Danielle was a beloved friend and colleague at WKYC and respected by journalists, law enforcement and community leaders throughout Northeast Ohio.

She loved Cleveland and Northeast Ohio passionately. She was a loyal fan of the Indians, Cavaliers and Browns. Dani celebrated all that made her hometown special.

The family is making arrangements and will release more information as soon as possible. We offer our sincere condolences to her family and share in their grief.

Posted by Frank Macek at 7:10 PM No comments: 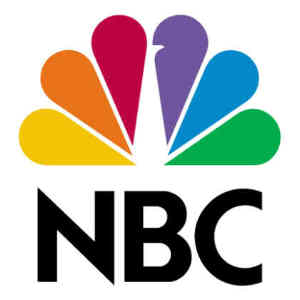 Last year I came here right off the top and said we had a bad fall," NBC Entertainment chairman Bob Greenblatt said at a TV critics' conference Sunday. "I'm not saying that this year."

In an unusual development — NBC has been the No. 4-ranked network for the better part of the past decade — it's now operating from a position of strength. NBC's audience has grown 19% this season, the only major network to show an increase, and ranks second behind CBS and first among the young-adult audience it sells to advertisers.

Most of fall's gains stemmed from the decision to add a fall run of The Voice, the singing competition that handily beat Fox's rival The X Factor. That, in turn, helped launch two companion series — the J.J. Abrams drama Revolution on Mondays and the Matthew Perry sitcom Go On on Tuesdays: They're the No. 1 new drama and comedy among the young-adult audience.

Now, it faces a daunting stretch with the football season over and The Voice and Revolution off the air until March 25.

Greenblatt says he has known since October that ratings are likely to drop sharply as a result, but he's hopeful that a new hit will emerge to at least partly offset the decline. The delay "is a safer play for us to make sure Revolution stays strong (by) not trying to stretch 10 episodes through a four-month schedule." Both that show and The Voice will extend until late June, providing a bridge to summer programming.

Instead, coming up are White House family comedy 1600 Penn, arriving Thursday (9:30 ET/PT) after last month's preview episode; Deception, due Monday (10 ET/PT), a soapy murder mystery; Do No Harm, a Jekyll-and-Hyde drama about a neurosurgeon (Steven Pasquale); and the return next month of Smash, now on Tuesdays where it will no longer have The Voice as a lead-in. Two more series — Save Me, a comedy with Anne Heche, and Hannibal, inspired by the Silence of the Lambs character — will await the failure of another series to find their opening, and might wait until summer or even next season.

And for next fall, NBC already has given the go-ahead to a full season of a new comedy starring Michael J. Fox that includes autobiographical elements. Fox, who has Parkinson's disease, plays a newscaster grappling with a disease who stepped down from his job, says NBC Entertainment President Jennifer Salke, and "as is true with Michael's life, there is a new medication he is taking that allows him to function with the disease. He approaches his life and work with a lot of irreverence, he laughs at himself" even as "people deified him and put him on a pedestal" because of it.

Look for that show to become a new anchor on Thursdays, part of its bid to broaden the night's comedy audience after NBC says so long to 30 Rock andThe Office.

On the unscripted side, the network this season will add dating series Ready for Love, executive-produced by Eva Longoria. And it will bring back The Biggest Loser and Celebrity Apprentice, whose star, Donald Trump, has ruffled feathers with a string of anti-Obama statements and a verbal attack on NBC News anchor Brian Williams.

Does NBC hope to muzzle him at the risk of harming the show?

"We live in a country where you can say anything you want as long as you're not harming people," Greenblatt says. "We talk to him all the time, but we really don't think what he's doing in his personal life is going to corrupt what he's doing on the show. If he's hurtful and does things that cross the line, then we'd talk about it." The statements "come with the Donald Trump territory. We talked him out of running for president; wasn't that good enough?"

Looking ahead, NBC announced plans Sunday for Camp, a light drama set at a summer getaway, to premiere in July from the team behind Deception. It joins America's Got Talent, American Ninja Warrior and a new adventure series with Bear Grylls on the summer lineup.

Greenblatt also addressed today's technological changes. He notes that networks increasingly look at cumulative audiences on TV and online to gauge the success of shows, regardless of whether all of those avenues are profitable.

"We're given the audience all these tools; it's our fault," he says. "We can't stick our head in the sand and say … it's terrible because the business model has robbed us of our potency." The challenge is, "How do we get people to come to the network at the time we've scheduled our show?" and though that's true of Sunday Night Football and The Voice, "I hope we can do that with more of our scripted shows."
Posted by Frank Macek at 4:52 PM No comments: