WKYC is playing host to an inaugural event, guaranteed to bring thousands of people downtown to the brand new Cleveland Convention Center.

The station is hosting their first annual Health & Wellness Expo on Saturday, September 7th. The event runs 10 am to 6pm and is free and open to the public and is presented by Cleveland Clinic Children’s, Mace and The Dental Specialty Group.

The Expo will focus on all aspects of a healthy lifestyle and is designed to help Northeast Ohio residents learn more about their health in an informative and fun environment. Those who come to the Expo can get free health screenings for cholesterol, blood pressure, BMI and skin cancer, just to name a few.

A Health Forum Pavilion will feature panel discussions on trending health topics, plus a cooking stage with area chefs and a demo stage with the latest exercise and dance moves.

There is plenty of interactive fun for the whole family. Meet the WKYC-TV team and give weather and sports anchoring a shot. Or climb a rock wall, work on a golf swing, or kick around a soccer ball. It’s fun, it’s free and it’s being held in the coolest new spot in Northeast Ohio!

Check out the WKYC Health & Wellness Expo on Saturday, September 7th. Go to wkyc.com for more information and a list of all exhibitors, screenings and events.
Posted by Frank Macek at 8:51 PM

August has been a busy month here at WKYC as we are half way through our Browns Preseason coverage. This Saturday at 6 p.m., we'll air the Browns "Pregame Huddle" live from Indianapolis, immediately followed by kickoff of the game at 7 p.m. between the Browns and Colts. Our preseason coverage is once again being directed this year by Emmy Award winning Channel 3 Director Allen Wohl and sports producer Jeff Yakawiak.

WKYC welcomed Rona Proudfoot to the Channel 3 News social media team recently. Rona has worked for the Plain Dealer and Elyria Chronicle Telegram in similar roles. Rona will help us grow our WKYC Facebook and Twitter followers, as well as keep you updated about the the latest news every weekday evening on our social media platforms.

The station has said goodbye to two familiar, on air faces in the past week. WKYC's Jennifer Lindgren signed off last Friday as she takes a new reporter job at the CBS station in Dallas, KTVT. Jennifer is originally from Texas and will be getting married soon.

Also, reporter Pamela Osborne said goodbye to Channel 3 this morning. Pam has been part of our morning and evening teams for the past few years Her immediate plans are unknown, but we wish her well as she leaves Northeast Ohio.

WKYC will launch a new daytime lineup coming September 9th as "Rachel Ray" will move to 11 a.m. following the fourth hour of the "Today Show" on Channel 3. "Live on Lakeside" will now become a half hour show, airing weekdays from noon to 12:30 p.m. with Hollie Strano and Michael Cardamone continuing as hosts. "The Doctors" which previously aired at 3 p.m. will take Rachel Ray's old timeslot at 2 p.m. while "Bethenny" will debut in the 3 p.m. timeslot. The rest of our daytime lineup remains the same.

And don't forget, WKYC cares about the health of our community. That's why we're sponsoring a FREE Health & Wellness Expo. It's on Saturday, September 7th from 10 a.m. to 6 p.m. at the brand new Cleveland Convention Center in downtown Cleveland. Come visit with us in the WKYC Pavilion. Bring your whole family and get free health screenings, visit the cooking stage or get moving on our soccer field and rock wall. Learn more about how you can get healthy and have fun at wkyc.com.
Posted by Frank Macek at 7:53 PM

Email ThisBlogThis!Share to TwitterShare to FacebookShare to Pinterest
Labels: news and notes for 8/23/13, wkyc health expo 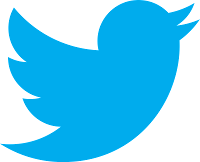 All that tweeting that you do while watching your favorite TV shows is having an effect.

New research from Nielsen suggests that fans tweeting about programs during live broadcasts can lead to increased viewership. That may seem an obvious finding, but until now the TV measurement firm had only established that there is some link between social media and TV viewing.

This new research is the first to show that Twitter activity can influence TV ratings. "That's what we speculate is going on," says Mike Hess, Nielsen's executive vice president of media analytics, "that the tweeters are watching the program and then by sending the tweets out, other people start tuning in as well."

Nielsen compared -- minute-by-minute -- the tweets and TV ratings for 211 prime-time TV broadcasts including sports and award shows and 10 episodes each of 20 specific TV series during fall 2012 and spring 2013.

For nearly one-third (29%) of the episodes, Nielsen found that related tweets caused significant changes in the TV rating. And in about half (48%) of the TV episodes, changes in the minute-by-minute TV ratings led to a change in tweets, too. So, for instance, as more viewers tuned in, it was likely that more tweets about the program were fired off.

Nielsen did not release data on Twitter effects on ratings for specific shows, but did reveal that for genres such as competitive reality TV, the tweets had a higher effect. There was a lower effect for dramas, Hess says.

"There's more work to do to find out what those exact relationships are," Hess says. "Further research can be used now to determine the actual nature of those relationships, (such as) how many tweets does it take to cause an increase, how big is the increase and so on." More than half of those who own tablets (53%) and smartphones (52%) engage in social media while watching TV, Nielsen found in separate research. And at least one-fifth -- 21% of tablet owners and 18% of smartphone owners -- spent time reading social-media discussions about the program they were viewing. Some 15% of tablet users, along with 10% of smartphone users, watched a program because of something read on social-media sites.

Other earlier Nielsen research on Twitter and TV ratings found a correlation between Twitter activity and TV ratings. And in the works for the fall TV season is a new Nielsen Twitter TV rating that measures TV audiences' social activity.

"We are saying that there is a 'there' there," Hess says. "We know that big companies, broadcasters and other advertisers all have their social groups within those companies and some of what they are doing is clearly working."
Posted by Frank Macek at 8:03 PM