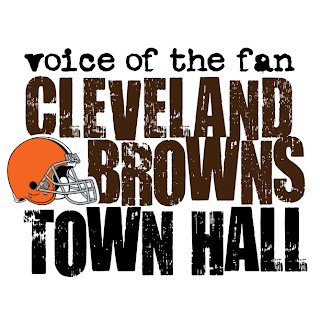 We and The Official Cleveland Browns want to hear from you! You can submit your questions right now by clicking @ http://bit.ly/12YekbF to have them answered during the special.

That's "Voice of the Fan: Cleveland Browns Town Hall" airs this Thursday at 8 p.m. and only on Channel 3!
Posted by Frank Macek at 5:02 PM 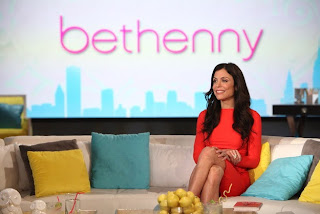 Bethenny Frankel, one of the hottest newcomers to daytime television is coming to Channel 3 starting Monday, September 9th at 3 p.m.

The new show has Frankel offering a mix of celebrity interviews and lifestyle tips, geared to a female audience. Although her show has been compared to The Ellen DeGeneres Show, in part due to having DeGeneres as a co-producer, Frankel dismisses the notion: "Ellen has her own fan base and a very different conversation with fans than I do. She's not trying to make this a show like hers."

The series debuted as a summer test run on June 11, 2012 on six stations owned by the Fox Televisions Station Group, and will go nationwide across the United States and Canada starting September 9th.

On August 26th, WKYC will offer viewers a sneak peek at the show from 11:30 a.m. until noon.
The 30-minute program entitled, “No Limits” is hosted by Bethenny Frankel and gives viewers a look at some of her favorite moments from the sixweek test show. She covers everything from love and relationships, to celebrities and pop culture, to beauty and fitness.

With fresh wraparounds highlighting Bethenny’s uniquely honest point of view, the special demonstrates how she “goes there” on every single topic. Nothing is offlimits!

To get to know Bethenny better, visit her website at http://www.bethenny.com