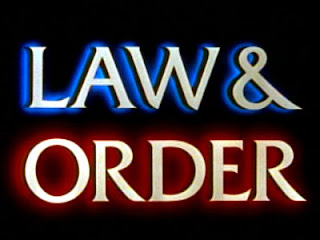 Coincidentally, one of the show's biggest and most famous fans, also makes an appearance on the series farewell.

Lindsey Vonn fulfilled a lifetime dream with Olympic gold at the Vancouver games. Tonight, she lives another dream...appearing on her favorite show, "Law & Order." "The first time they said action, I was shaking really bad," recalls Vonn.

That's because Vonn's been watching "Law & Order" since she was a kid, alongside her lawyer parents. But the Olympian's appearance also comes in what's turning out to be "Law & Order"'s final
episode.

Last week, NBC canceled its flagship drama after 456 episodes and a record tying 20 seasons. "When you got up from watching our show, you not only got a full story, you learned something too," says series star S. Epatha Merkerson.

The show survived 28 cast changes and became synonymous with the phrase "ripped from the headlines."
"Anything that happens anywhere in the planet you can set in New York and everyone accepts it immediately," says series creator Dick Wolf.

NBC's still in talks with Dick Wolf about potentially giving "Law & Order" some kind of sendoff episodes sometime next season. Meanwhile, the franchise, which has also spun off "SVU" and "Criminal Intent", will generate yet another series in the fall on NBC. "Law & Order: Los Angeles" will air Wednesday nights at 10pm.

Email ThisBlogThis!Share to TwitterShare to FacebookShare to Pinterest
Labels: "law and order" finale on nbc