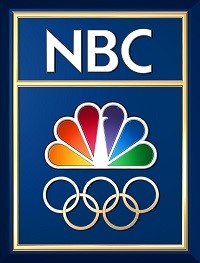 Bob Costas, the primetime host of every NBC Olympics since 1992, has passed the torch to Mike Tirico – who will make his debut as NBC’s primetime Olympic host beginning with PyeongChang 2018.

The announcement was made today – exactly one year before the PyeongChang Opening Ceremony on Feb. 9, 2018 – by Mark Lazarus, Chairman, NBC Broadcasting and Sports, and Jim Bell, President, NBC Olympics Production and Programming.

“For a quarter-century, Bob expertly piloted NBC’s primetime coverage of the Olympics,” Lazarus said. “It is with a tremendous amount of pride that I can simultaneously express our appreciation for Bob’s stellar, record-setting run, while also feeling very lucky that we have someone as talented as Mike to take over as our new primetime host.”

“It has been both a privilege and an incredible personal and professional experience to have been part of NBC’s Olympic coverage all these years,” said Costas, who has the longest tenure of NBC’s sports announcers (37 years). “I’m especially appreciative of all the talented and dedicated people I worked for and with on those broadcasts. I always felt that, in a certain sense, I was carrying the ball for them. It’s been a wonderful run, but I just felt now was the right time to step away and I’m grateful that NBC left that decision to me.”

“The level and longevity of Bob’s tenure have left an indelible mark on American television and the Olympic Games,” said Tirico, who made his Olympics debut last summer as an NBC daytime host and host of the Closing Ceremony in Rio. “I am honored to call him a friend, humbled by this opportunity, and thankful to the many people who have helped make this possible.”

“Bob Costas and the Olympics has been one of greatest pairings in sports broadcasting history, and there isn’t anyone better suited to inherit his mantle than Mike Tirico,” Bell said. “Mike’s natural gifts as a broadcaster and passion for storytelling are just two reasons he is the perfect choice to host the biggest, most distinguished sports event in the world.”

Costas served as NBC’s primetime host for a U.S.-television record 11 Olympics – every Olympics on NBC since 1992, including the 2012 London Games, which is the most-watched television event in U.S. history, reaching 217 million viewers. Costas also served as NBC’s late night host at the 1988 Seoul Olympics.

In addition to his critically-acclaimed Olympic work, Costas has won 27 Emmy Awards – more than any sports broadcaster in history. He is the only broadcaster to have won Emmy Awards in sports, news and entertainment (for his late-night program Later with Bob Costas). Costas’ versatility has been recognized with Emmy Awards or nominations for play-by-play, hosting, interviewing, writing, feature reporting and commentary. His career is simply one of the most significant in the history of sports broadcasting. Costas’ now 37-year association with NBC will continue as he will have noteworthy roles in NBC Sports and NBC News programs. For Costas’ full bio, click here.

Tirico, who joined NBC Sports Group in July 2016, has had a whirlwind first seven months with the company. In addition to his role in Rio, he has served as host of Football Night in America, the most-watched studio show in sports, as well as The Open and The Ryder Cup, and Breeders’ Cup horse racing. Tirico also handled play-by-play for Sunday Night Football, Thursday Night Football, and Notre Dame Football. For Tirico’s full bio, click here.
Posted by Frank Macek at 6:06 PM