'Between The Lines' Returns In 'Politics And People' 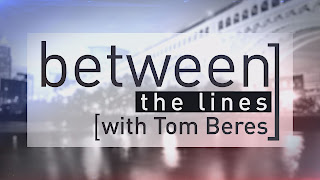 CLEVELAND -- It's a time of big events and important change in Northeast Ohio.

At the top of the list is the looming Republican National Convention in July.

But other key decisions are being made this year.

Ohioans will choose whether to retain Republican Senator Rob Portman or replace him with the Democratic former Ohio Governor Ted Strickland.

Cleveland voters will decide this November whether to renew a levy for Cleveland's troubled, but improving school system.

Cleveland's police department is in the midst of a federally mandated upgrade to make it more accountable, better trained and less prone to excessive violence.

With so much happening, it requires more insight and perspective than what can fit into normal newscasts.

The national events will have a specific impact on our state and region.

That's why WKYC Channel 3 is reviving its political discussion segment "Between the Lines," hosted by Senior Political Correspondent Tom Beres.

It will be the leadoff hitter in a half-hour block called "Politics and People."

"Between the Lines" will be followed by "Seven Minutes with Russ Mitchell" and "Sara's Circle," a segment hosted by Sara Shookman.

Mitchell will interview newsmakers and people making a difference. Shookman profiles women making big contributions to life in the region.

"Between the Lines" will feature rotating teams of commentators bringing a spectrum of viewpoints to the table.

Some faces are familiar. Some are newly added.

The teams will include:
"Politics and People" will debut Saturday, April 2 at 7 p.m.

Give it a try for an informative and insightful half hour about people and decisions that impact your job, schools, quality of life and community well-being.

Email ThisBlogThis!Share to TwitterShare to FacebookShare to Pinterest
Labels: between the lines, politics and people, tom beres