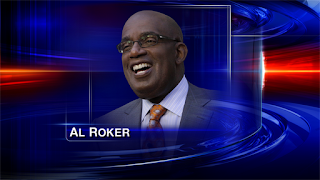 NBC Weatherman Al Roker was back in town Tuesday evening as part of the Dave Thomas Celebrity Cookoff at Benihana's in Beachwood and will bring the entire nation the weather from the West Side Market in Cleveland on Wednesday morning as part of the market's centennial anniversary celebrations.

As many of you know, Al is a Channel 3 alumnus. He started working for NBC when WKYC was an owned and operated station in 1978. He remained with us for 5 years before being promoted to the network's flagship station, WNBC-TV, and moving back home to New York City where he was born.

Today, Al is the main weather anchor for the "Today Show" and hosts "Wake Up With Al" on "The Weather Channel" from 6 a.m. until 7 a.m.

Our own WKYC Chief Meterologist Betsy Kling had the chance to interview Al before the cookoff this evening and shares his funny senses of humor.