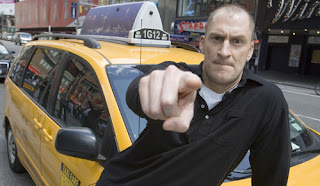 The series will offer a single contestant the chance to win a cash prize of up to $1,000,000 by taking down each of their opponents in fast-paced trivia battles. This show combines the fun of a trivia competition with physical comedy, by dropping contestants through trapped doors if they answer a question incorrectly. “Who’s Still Standing?” is based on the Israeli series “Still Standing,” which has proven to be a hit with viewers overseas.”

“Ben is clever, entertaining and a huge authority in the trivia world,” said Telegdy. “Through its questions, this series taps into so many areas of knowledge and consistently builds to a drop, so everyone at home will enjoy playing along.”

“I am really psyched to be hosting this new show ‘Who’s Still Standing?’ because it’s totally unlike any other show,” said Bailey. “Contestants can win up to a million bucks but they could also drop through the floor, literally. It’s got great trivia, it’s got big money prizes, and it’s got real action and on top of all that, I don’t have to deal with driving in any traffic. I am really excited and I can’t wait for people to see it.”

At the start of the game, there is one main competitor and 10 other contestants. The main player chooses one of the 10 contestants to go head-to-head with in a trivia battle for a high-stakes pot of up to $1,000,000. The person who answers the question incorrectly is dropped through a trap door. The game continues until one player is left standing.

Ben got his unlikely start as a stand-up comedian when he was mistaken for a comic in the green room of The Comedy Store in Los Angeles, where he was hired to answer the phones. The booker, seeing that the other comics in the room could not get enough of Ben's humor, booked him on the spot. After a few years of performing in Los Angeles, Ben moved back to New York and for two years, went to “open-mic” nights to hone his craft.

Now with over 10 years under his belt as a successful stand-up comedian, Ben continues to perform all over New York City and has achieved international acclaim for both the show "Cash Cab" and for performing stand-up comedy all over the world. He has appeared regularly at comedy festivals over the years and has guest starred on numerous television comedies and dramas, including NBC’s “Law & Order: SVU,” “Hope & Faith,” "The Knights of Prosperity,” and "Mad TV."

He also has a recurring role on "One Life To Live" and has appeared in his own “Comedy Central Presents” special. In addition, Bailey has also performed on several of the late night talk shows including "The Tonight Show with Jay Leno," "Late Late Show with Craig Kilborn," "Last Call with Carson Daly" and "Comedy Central's Premium Blend,” among many others.

Ben is a trained tri-athlete and has competed in the ½ Iron Man competition. He currently resides in New Jersey.
Posted by Frank Macek at 5:41 PM